Home » Blog » Making The Most Of Publisher-Held Intellectual Property Rights 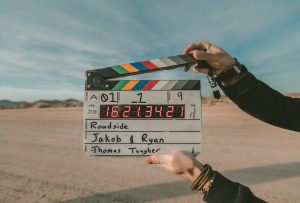 You know you can do more with your intellectual property rights but the publisher holds all the subrights. I bet every author knows exactly what I’m talking about.

In a traditional print book contract, many publishers acquire not only the right to publish the print version of a book but many other rights as well.

Acquiring intellectual property rights can happen in a number of ways.

Sometimes the print book publisher insists on acquiring these intellectual property rights. The whole deal is conditional on getting them.

Sometimes it’s early in an author’s career, and they grant all these rights because they don’t know better or have no way of exploiting them.

Regardless of why these rights have been included in the initial contract, the ‘life cycle of a book,’ like gravity, will inevitably enter the picture.

The publisher will most likely lose interest in these rights. After all, they are publishing scores, even hundreds of new books every year. Their subsidiary rights department will focus on this ‘front list.’ They won’t be active doing anything to sell rights from back list titles unless they are big hits. Subsidiary rights will not be neglected, they will be completely forgotten. The only thing the publisher will do is answer a query about their status if it comes from a third party.

I’ve discussed this with publishers.

Many will concede that these rights are no longer being marketed and they make the case that the odds of sale are so small that it does not make economic sense for them to market these rights. That said, they often refuse to consider reverting them to the author because they were included in the original deal. It was agreed to by both parties and the value of these rights may change.

It is now my practice as an agent to routinely ask for the reversion of intellectual property rights. I especially ask when I think the author and I can work with regardless of the exact terms governing their possible reversion under the contract. This reversion would not affect the other rights that are governed by the Out-of-Print and Reversion clauses. I agree that in many instances, it does not make economic sense for the publisher to market these rights. If that is so, they can do the right thing by reverting those rights to the author who might have the time, money, and interest to market them.

Here are some specifics that could apply to your intellectual property rights:

Hardcover reprint: It’s rare but sometimes there’s a core audience that wants a hardcover copy of the book. The publisher won’t spend the money to produce this format.  An author should be allowed to do so and produce their own hardcover version for sale.

EBook: This is rare, but if the publisher won’t produce an ebook version, the author should be allowed to.

Audiobook: This is a key format now. If the publisher won’t try and license it or spend the considerable sums of money it costs to produce their own version, then they should revert these rights to the author. It’s mainly non-competitive with the print and ebook versions and can even help the book overall.

Translation rights: These are very likely to be getting zero attention. Author and agent may have better ideas and the incentive, time and money to do more.

Film/T.V.: These rights are often not included in a contract and they are hard to market, but there is no reason for a publisher to sit on them indefinitely when a motivated author has asked for their return.

The age of the activist author has arrived.

Authors are self-publishing original works to accompany their traditionally published works. They can revert and re-publish titles that have been previously published. They are expected to aggressively and actively promote their work, spending serious time and money to do so. It’s time publishers became more responsive when Authors request the reversion of unsold subsidiary rights. Authors can exploit those rights better than the publisher can. Publishers will still retain the primary rights to that book but the additional rights that are unsold and unshopped should come back to the author upon request.

Many contracts are old, sometimes very old. The publisher has recouped their investment. They should allow authors to pursue other parts of their career on their own. It’s a sound decision that will benefit authors and one that publishers can accept.